The primary spirit of the project is the desire to illustrate the new relationships between Genevans and the city, the countryside and nature.

Think of a way to blend city and countryside

The city of Geneva has grown considerably over time, gradually creating a dissociation between urban and rural spaces. However, the city became aware of a border effect between the two spaces and planned to federate them. Thus, it was necessary to think of a way of confusing city and countryside according to the natural and agricultural areas of value, the topography and the landscape.

Strive for a renewal of the vegetable grower belt

The city wishes to strive for a renewal of its market gardening belt in order to integrate it into the very organization of the districts of Onex, Bernex and Confignon, which are the key sites of the project. These areas specializing in agriculture must also be able to respond to the need to create new public spaces. The essential point is to create areas where the belts intended for production can also be recreational places. The issue is therefore the need to meet the needs of the changing city and thus create multi-use spaces.

Encourage residents to adopt a new mode of travel

In order to integrate a dynamic in rural areas, the project tends to encourage residents to adopt a new mode of travel, making the project a strong axis of mobility. The primary spirit of the project is the desire to illustrate the new relationships of Genevans with the city, the countryside and nature. 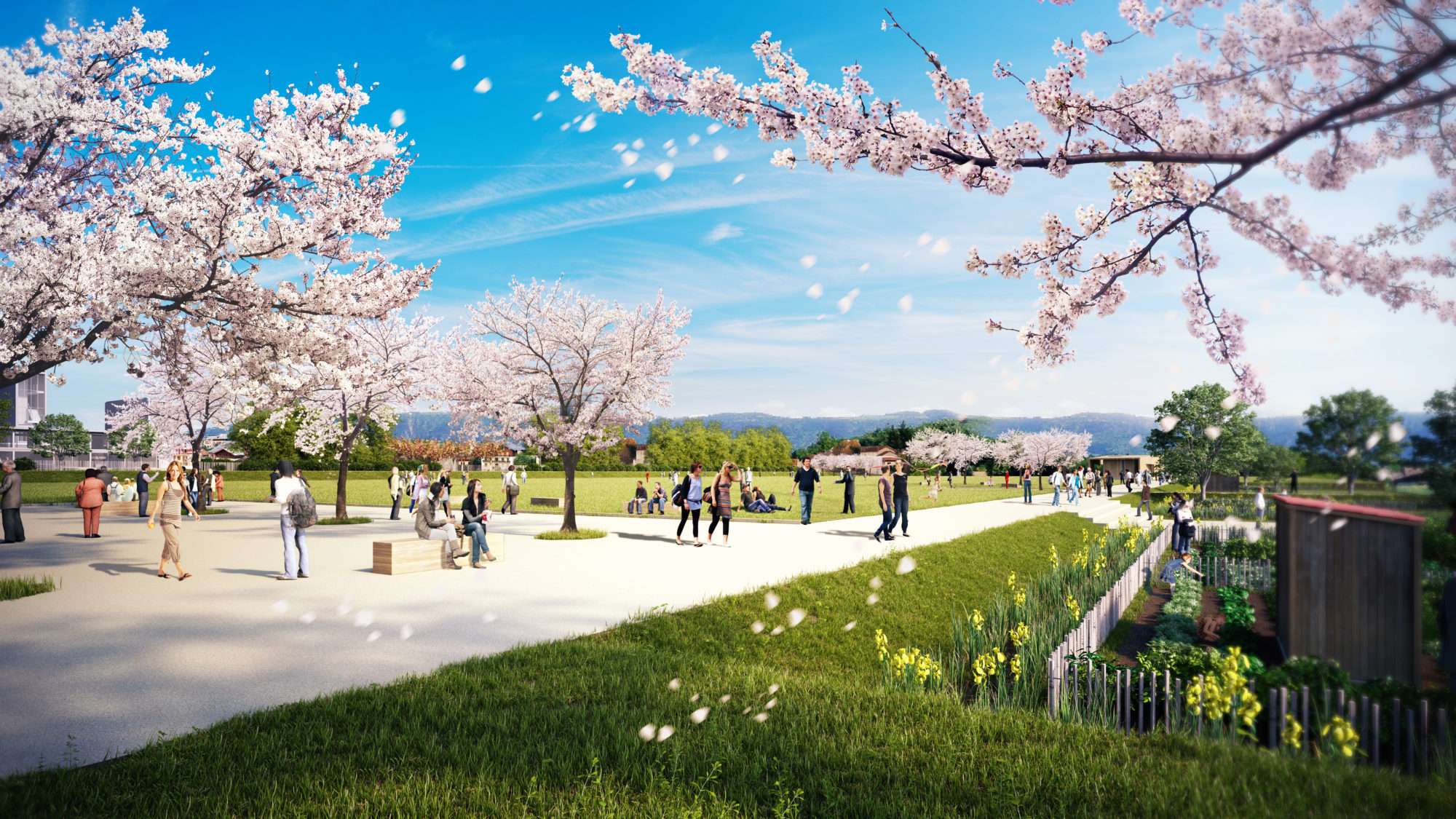 “A frugal approach, to respond to the ecological emergency.”